Apple will NOT buy Tesla for $75 Billion in 18 months

He recently wrote that, in his view, Apple will buy Tesla for $75B in 18 months. I 100% disagree. Let me explain. (disclaimer: I own no AAPL or TSLA stocks, I don’t own a Tesla car, and I own two Macbooks).

What’s the current status? Some facts, so that we are all aligned. Apple is worth more than $740 Billion. It sold about 170 million iPhones in 2014, among other things.

What about Tesla? 1) Tesla’s Elon Musk is great at generating free PR for his company (besides being a really smart guy). Everybody knows about Tesla cars, despite there are so few on the streets, mostly in California (and everybody here thinks there’s Teslas everywhere. Like the “Starbucks” bias that every Newyorker has). This helps him hire and retain great talent and make them work really really hard, and it helps with the stock price, although you might want to remember that stock prices are mostly driven by decisions taken by “big whales”, not by small fishes like us.

2) Many other companies are pursuing the dream of electric cars, not just Tesla. Tesla will not be alone in this race.

3) Electric cars are very simple. No gears.  No gas. No oil for the engine (but you still need lubrication for other parts). Easy.

4) The hard part is batteries. They are heavy, they take time to recharge, and most of all, they’re expensive.

5) There’s also no charging network (the equivalent of gas stations), and no one has solved this yet. Shai Agassi tried to solve this with Better Place, and he failed miserably. No one has figured out how to power millions of electric cars. It’s a huge problem.

6) Tesla’s plan to solve the battery problem is to build the Gigafactory, to supply high quality, low cost batteries to its Tesla cars, and possibly to sell it to other car manufacturers. If you think this is a novel idea, you’re wrong. Praise Elon’s great PR strategy, but there are already Petafactories (orders of magnitude greater than Elon’s Gigafactory, in terms of output) in Japan, China and Korea to produce batteries. They’re old style, of course, and I bet that you can improve many things. Look at this graph. Three BILLION cells produced per year. 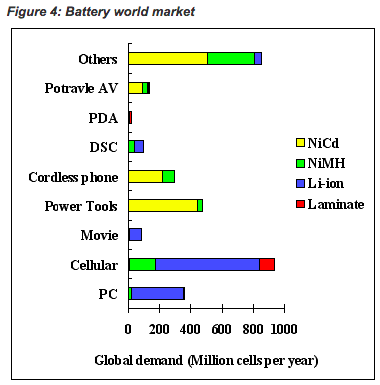 7) Tesla makes some money by selling electric car certificates in California. In short, just in California, car manufacturers have to sell a small percentage of electric cars in order to sell the other cars. Most of them don’t sell electric cars, but they can buy “certificates” from Tesla. This will not last forever. As an example, Fiat Chrysler Auto (FCA) equipped a Fiat 500 with batteries and an electric motor, and sells it to offset the sales of the gasoline-powered Fiat 500… And for each one it sells, it loses about 5,000$.

8) Tesla is a solid company, but nothing says that in the future they will be alone in this market. Actually, whenever battery technology will be mature enough, every car manufacturer will want to switch to electric-powered cars, because margins can be higher for them. Why should Apple buy Tesla, then? Jason made some interesting points, while some others are less compelling. Take this one, for example: “Tesla is going to take the 5-inch thick battery from the Model S and plant it on people’s garage walls, according to reports, so that they have enough battery power to last a week. ” 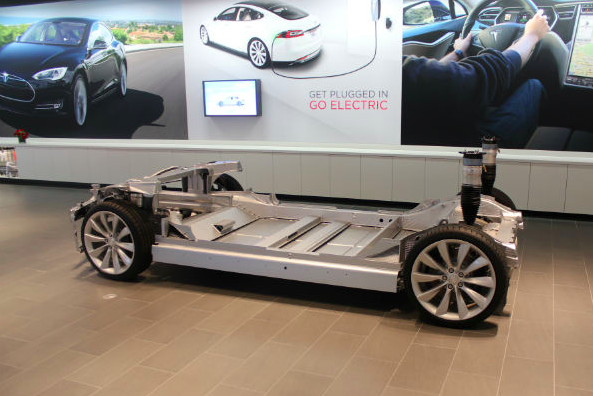 Well, that battery might cost more than the entire house (because you would need several of Tesla model S’s batteries to run a house for a week). And for what purpose? So I can disconnect from the electric grid for a week, and then reconnect again when the battery has run out? Or to power it with expensive solar panels? I don’t think so.

He also makes several points related to how Apple can then push its apps into the car, and let people use these apps while a driverless Tesla drives them around. Why can’t Apple do this without buying Tesla? It would be a smart partnership, and it’s not unlikely to happen in my view. I think that living in Silicon Valley (like I do, by the way) might obfuscate your view of how other companies in other parts of the world operate or think. I am not an expert in car manufacturers, but I certainly know the sophistication reached by R&D centers of big brands like Mercedes-Benz, BMW, Audi, many Japanese ones, or even Ferrari (in its own way). I had some opportunities to get in touch with these realities with my current and previous jobs. Enough to know that Tesla should not underestimate what other companies can do.

This is probably the only very solid point made by Jason: “Apple would need at least seven years to get a car on the road: three or four years to design it, followed by three to five years of building factories capable of any sort of modest capacity.” If Apple really wants to go after the car market, and speed up things, then I agree that acquiring Tesla might be the only viable option.

Will it happen? I don’t know. Jason’s hypothesis might be legit, but I don’t see any compelling reason for this to happen. I don’t predict the future, therefore we’ll just need to wait and see.

You can discuss this on Hacker News.